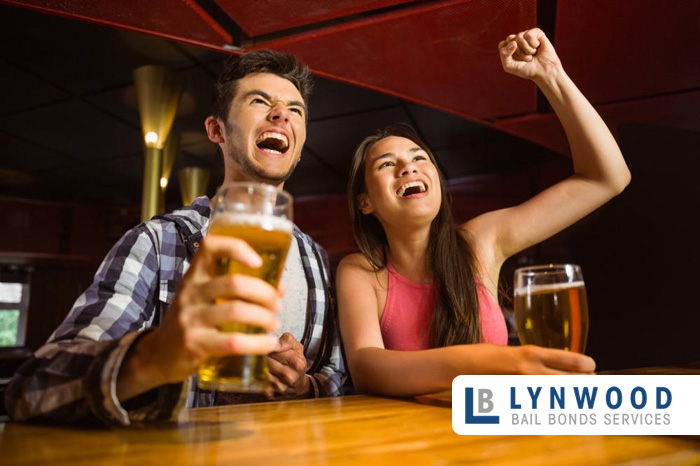 What an exciting time of year for sports right now! Over the next couple weeks, the Golden State Warriors or Cleveland Cavaliers will be named the NBA Champions, and either the Chicago Blackhawks or Tampa Bay Lightning will take home the Stanley Cup trophy for hockey. We’re betting a whole lot of you will be meeting up with pals to catch games and brews together because it’s just so much more fun that way!

If you need a ride home at the end of the game, consider calling a taxi or other ride-share service like Lyft or Uber. Sure it may cost you the equivalent of another one or two drinks, but it sure is a heck of a lot cheaper than paying for a DUI ticket or bail money! Penalties for a first DUI include jail time between 4 days and 6 months, fines between $390 to $1,000, and a 4 month license suspension. Consequences increase for repeat offenders. The cost of bail for a DUI offender would vary depending on the county. For first time offenders, the average is $5,000. This increases for repeat offenders.

Knowing these possible consequences now you surely would rather get someone who is sober to drive you home rather than taking the risk. Even still, if you do make a mistake and get caught drinking and driving or get into an accident, you might land in jail and need bail help.

Do I REALLY Want To Cosign For This Bail Bond?

The law doesn’t sleep and neither do we. We provide service 24/7 so call us when you need us