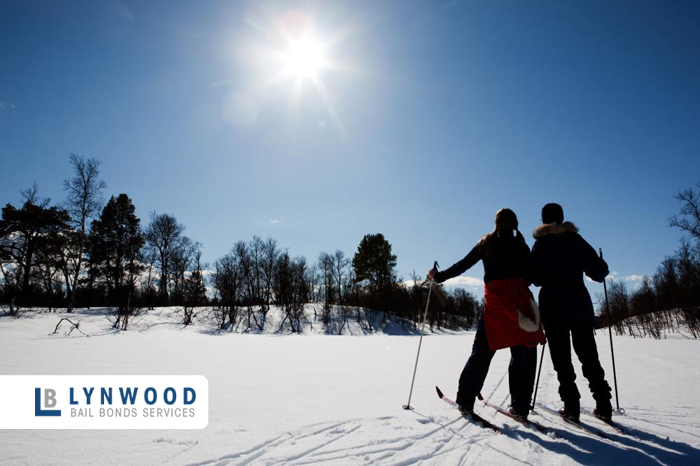 It’s December, meaning it’s only a matter of days until you take off for your holiday travels! You’ve had these plans locked in for months now and you and your pals have been stoked for the time to finally arrive. Now, as life would have it, you’ve suddenly been hit with an issue: one of the guys in the travel group was arrested the other night!

He will have to use his wisest discretion to decide that. First thing’s first, he will have to bail out of jail, obviously. If he doesn’t post bail, he can’t go anywhere.
Second, he will have to find out from the judge if he will be allowed to travel while out on bail. Some defendants are given stricter orders when they are released – like some may not leave the city, for example. This, he will need to work with the court and the bail bond company to understand his court schedule. He absolutely cannot miss any court dates or appointments or he will face more consequences.

It is very possible for defendants to travel while out on bail but that doesn’t mean they should necessarily do it. They need to think carefully about their timing and if the best thing to do is to not go on the trip, so be it. He can miss a vacation, but he cannot miss court. Do not hesitate and contatct Lynwood Bail Bond Store to get more information today!

Lynwood Bail Bond Store is California’s best bail agency to help you – low monthly rate payment plans and a team of reps to support you the entire way!

For immediate assistance just click on CHAT WITH US NOW!.

Travel, Eat, And Don’t Get Arrested

If Getting Arrested Is Part Of Your Game, Bailing You Out Is Part Of Ours

Bail First, Then Maybe You May Travel A Bit

Can Someone Travel While They’re Out On Bail?